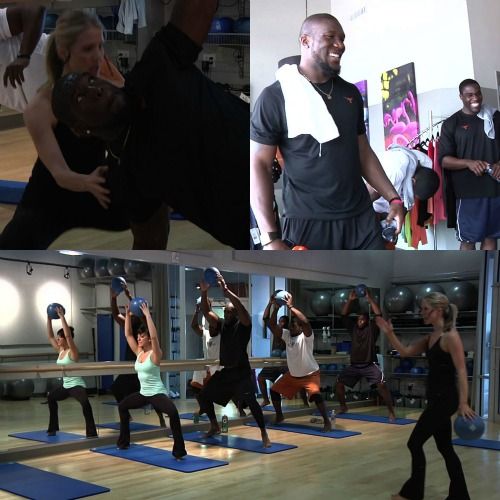 Athletic Conditioning: Not for the Weak

When I saw Brian Orakpo, Linebacker for the Washington Redskins, and Frank Okam, Defensive Tackle for the New York Giants, coming to my studio looking for flexibility, I wanted to offer them more that just flexibility. After all, Dancers Shape specializes in techniques that offer injury prevention and rehabilitation benefits, so why stop with just flexibility?

Frank had originally attended the Co- Ed class the previous year while visiting former UT football player Fozzy Whitaker, now Running Back for the San Diego Chargers. Fozzy was recovering from major MCL/ACL knee surgery and once cleared to workout he attend classes regularly and saw great improvements in his knee. “I really felt as though Dancers Shape was able to help condition my muscle memory back to fully functional, not only by way of strengthening the quads, hamstrings, glutes, and hips, but also reteaching the muscles around my knee to stabilize.”

Once I understood how NFL players trained for their season, I wanted to morph our Co-Ed class into one that would better suit a professional athlete, or anyone looking for sports performance and athletic longevity. These football players focused on sprints, drills, plyometrics and the weight room which gave them the explosive strength and power they needed on the field. However, there was little training for the eccentric contractions that controlled their body weight in space, or firing the deep stabilizers to work in conjunction with the big muscle groups, and balancing strength AND length in opposing muscle groups. All of these elements are critical to improving joint stability, protecting the spine, and gaining better balance, control and range of motion with body movement – Also known as injury prevention and rehabilitation.

Now, maybe you don’t have 250 lb men trying to tackle you, but think of the benefits you can gain by introducing cross training techniques like barre, pilates and yoga into your regular fitness routine. Get all three in our effective and efficient one hour class now called Athletic Conditioning. You might just catch one of these NFL stars dropping in to your class during their off season. 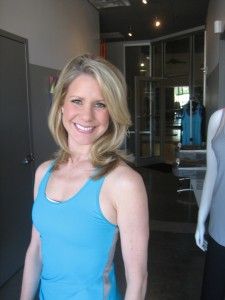 Jennifer McCamish is owner and Director of Programming and Training at Dancers Shape. Jennifer has over 30 years of dance experience with training from legendary institutes in New York City, London, Los Angeles and New Orleans. She received a B.A. in Dance from the University of Texas at Austin (Dean’s List) and was a professional dancer in New York City for thirteen years. She danced at Radio City Music Hall as a Radio City Rockette performing in numerous productions of the Radio City Christmas Spectacular, Macy’s Thanksgiving Day Parade, Fifi Awards and the NYC Christopher Columbus Day Parade. Read more about Jennifer.